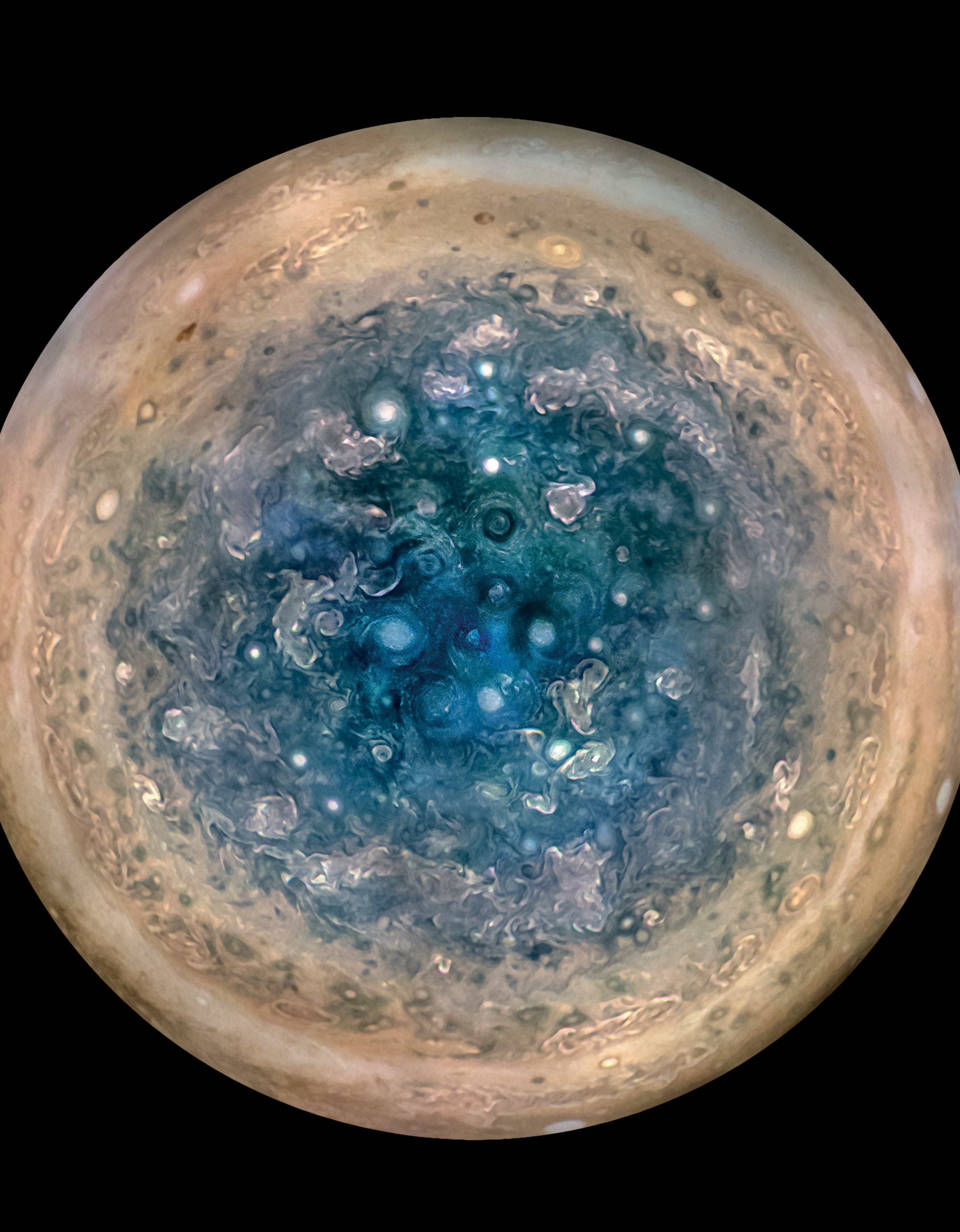 This image shows Jupiter’s south pole, as seen by NASA’s Juno spacecraft from an altitude of 32,000 miles (52,000 kilometers). The oval features are cyclones, up to 600 miles (1,000 kilometers) in diameter. Multiple images taken with the JunoCam instrument on three separate orbits were combined to show all areas in daylight, enhanced color, and stereographic projection.

➔ Watch the Largest Convex Mirror Ever Get Made

On Monday, the European South Observatory announced that it had successfully cast the largest convex mirror ever made. This massive mirror—which is nearly 14 feet across and weighs 3.5 tons—will be used in the Extremely Large Telescope (ELT) in Chile. As its name suggests, the ELT will be the largest optical telescope ever built when it achieves first light in 2024 after a decade of construction.

➔ What If Every Human Ever Born Came Back to Life Today?

What would happen if every single human from the entire history of our species suddenly came back to life today? How many people would there be, what would they look like as a group and how would it affect society? It’s an absurd question, but it’s still an interesting one to try and answer!

➔ Bring Me the Head of Charlie Brown

Charlie Brown is on the run from the Peanuts Gang after the Great Pumpkin puts a bounty on his head in this wild … animated student short by Jim Reardon.